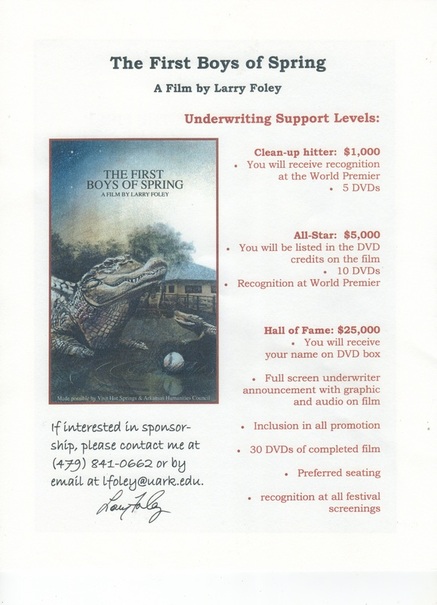 For parts of five decades, the immortals of America's National Pastime trained on baseball diamonds and "boiled out the alcoholic microbes" of winter in the thermal baths of Hot Springs, Arkansas.  In 1886, The Chicago White Stockings were the first to trek south to Hot Springs, when the team's owner and manager decided the boys needed a place to practice and get ready for the season ahead.  Other teams soon followed, including the Boston Red Sox, Pittsburg Pirates, Brooklyn Dodgers and many others.  Hot Springs was "wide open" in those days, frequented by famous and infamous characters.  And so came the greatest of the great, to play ball, for a month or so in late winter and early spring, including more than a third of all players enshrined in the National Baseball Hall of Fame at Cooperstown, New York.  Babe Ruth, Rogers Hornsby, Cy Young, Honus Wagner--the best who ever played the game--all worked out here.  And so did the legends of the Negro Leagues.  The likes of Satchel Page and Josh Gibson also came to train in this southern resort town, staying in different hotels, but working just as hard to get ready for their seasons when baseball was segregated.

And there will be fun stories to be told, like the time when Ruth blasted a ball out of Whittington Park and into the Arkansas Alligator Farm, a belt measured at 573 feet--the first tape-measure home run in history.  The Official Hot Springs Baseball Trail will be a part of the story, letting viewers know that while long gone, the old parks and hall-of-famers are honored today, long after the last cries of "Play Ball" vanished forever.

The First Boys of Spring will be ready for film-festival release in Fall 2015, with broadcast distribution during spring training 2016.

Here's a link to the story by Emily Walkenhorst of the Northwest Arkansas Democrat-Gazette...http://www.nwaonline.com/news/2015/mar/22/boys-of-spring-return-for-a-game-201503/?news-arkansas

Here's a link to the story by Lorien E. Dahl of the Hot Springs Sentinel-Record...http://digital.olivesoftware.com/olive/odn/hotsprings/shared/ShowArticle.aspx?doc=TheSenRec%2F2015%2F03%2F24&entity=Ar00105&sk=878E0212
Powered by